H2O.ai recognizes individual Makers who have made iconic contributions and sustained technical achievements in engineering, customer service, sales, and marketing to further the democratization of AI. 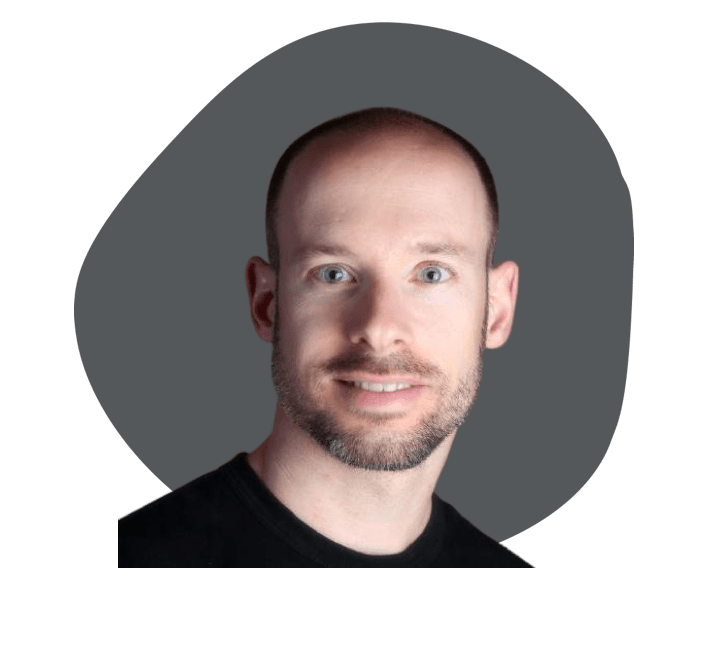 Arno Candel is the Chief Technology Officer at H2O.ai. Arno works to design and innovate the H2O AI technology in order to empower customers, institutions and companies throughout the world.

Arno has worked at H2O.ai for 7 years. Prior to that, he worked as a senior member of the technical staff at Skytree, Inc. and as a staff scientist at SLAC National Accelerator Laboratory. Arno received a PhD in computational physics at ETH Zurich." 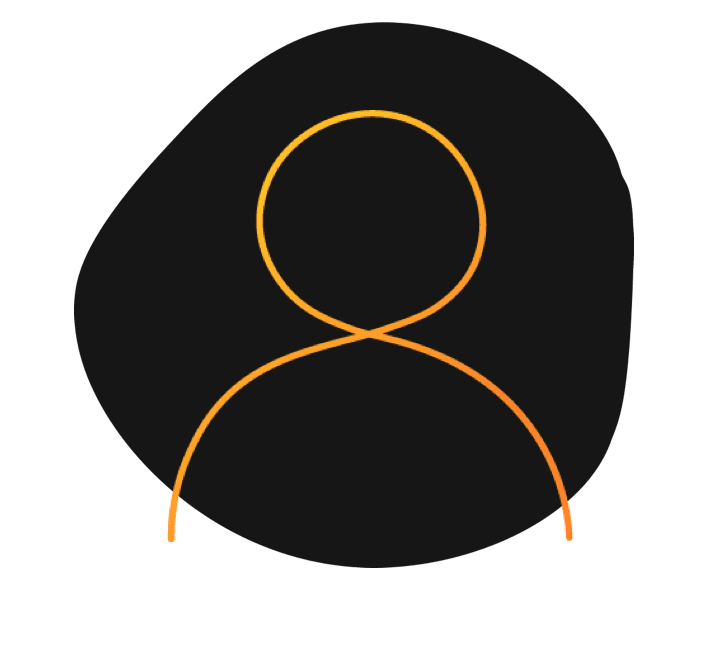 Jeff is a well traveled DevOps engineer, Jeff has spent time working across many industries and functional roles.

Before H2O, Jeff has worked on everything from professional touring with a famous rock band to writing code and procedures for the US Army. Most recently Jeff has focused on Big Data Platforms and DevOps automation. Having worked for several SaaS companies, Jeff brings operational discipline and deep knowledge of systems engineering across the Operations ecosystem. Jeff has designed off-site and international Data Centers as well as built embedded linux systems for commercial deployment, and run 24/7 on call support for several SaaS. Besides being a storage engineer, a network engineer and team focused developer, Jeff also professes a love new things, like Linux containers and especially Docker. 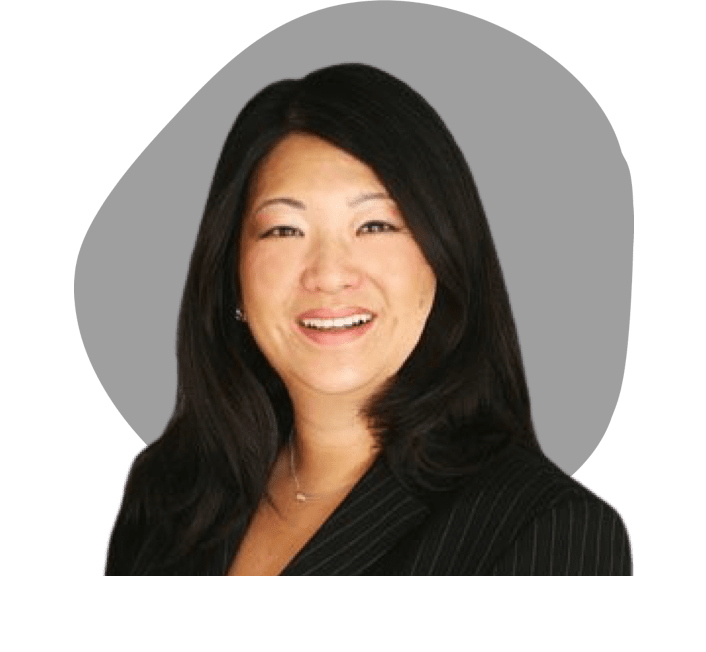 Josephine Wang is the Head of Customer Experience at H2O.ai, makers of H2O, the open source math and machine learning engine for big data. Josephine has 20 plus years experience and success in sales and customer relationship building. She is responsible for all new business development and management of client services for H2O. Prior to H2O, Josephine held key roles at Teradata and SAS where she acquired her passion for analytics and big data.

Previously, Josephine specialized in corporate governance and risk management at ISS and SunGard. She began her career in private client services at Bear Stearns and Co. in New York and holds a BS in Finance from the University of Delaware. 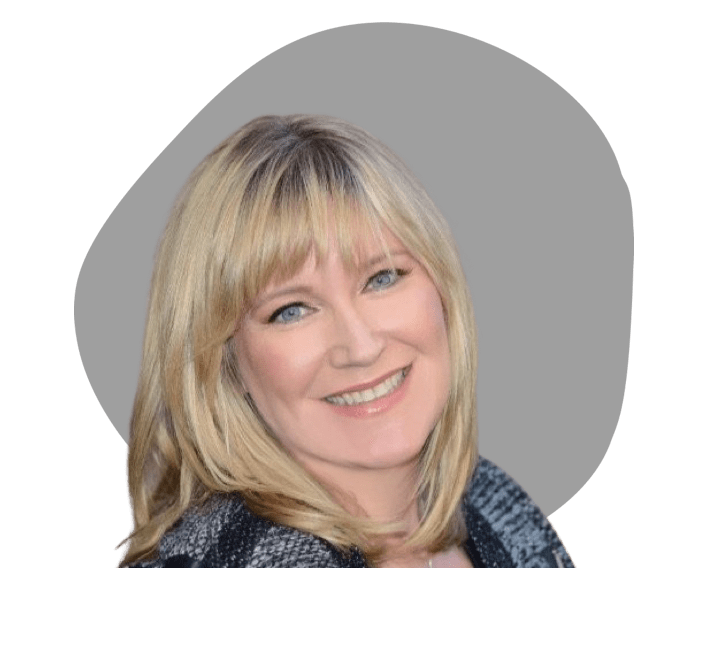 Kerry O'Shea is Director of Regional Sales at H2O.ai. Kerry has 20 plus years experience and success in sales, sales management and client relationship management. Prior to H2O, Kerry held key roles at Equifax, SAS, and Experian, where she supported major initiatives in predictive analytics. Kerry holds a BA in Political Science and a Master's Degree in international Relations, both, from St. John's University in New York City. 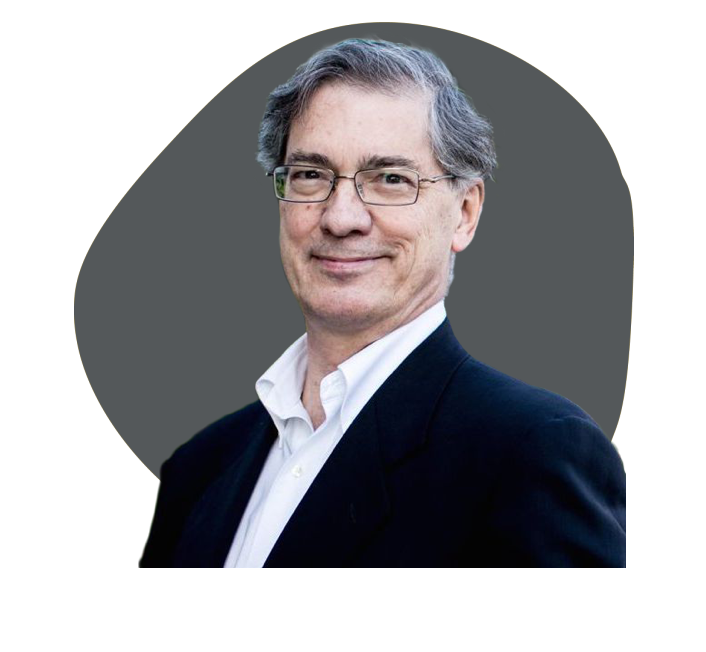 During the late 1970s and early 1980s, Leland wrote SYSTAT, the first comprehensive, statistical software package designed expressly for microcomputers. It represented an end-run around the punch cards, queues and mainframes required for statistical analysis at that time. The program was the ﬁrst of its kind to include comprehensive graphics driven by a command structure of universally applicable options, foreshadowing the graphical structure that Leland would more fully develop and articulate during the 1990s. SYSTAT also was the ﬁrst software implementation of the now widely used heatmap display. He founded SYSTAT, a company of the same name, headquartered in Evanston, Ill., and later sold SYSTAT to SPSS in 1995. He went on to build a team of graphics programmers there who developed the nViZn platform that produces the visualizations in SPSS, Clementine, and other analytics services. Leland wrote the seminal book on statistical graphics, his magnum opus, The Grammar of Graphics, in 1999. The Grammar of Graphics provided a new way of creating and describing data visualizations, a language — or grammar — for specifying visual elements on a plot, which was a completely novel idea that has fundamentally shaped modern data visualization. The book served as the foundation for the R package ggplot2, the Python Bokeh package, the R package ggbio and helped shape the Polaris project at Stanford University. 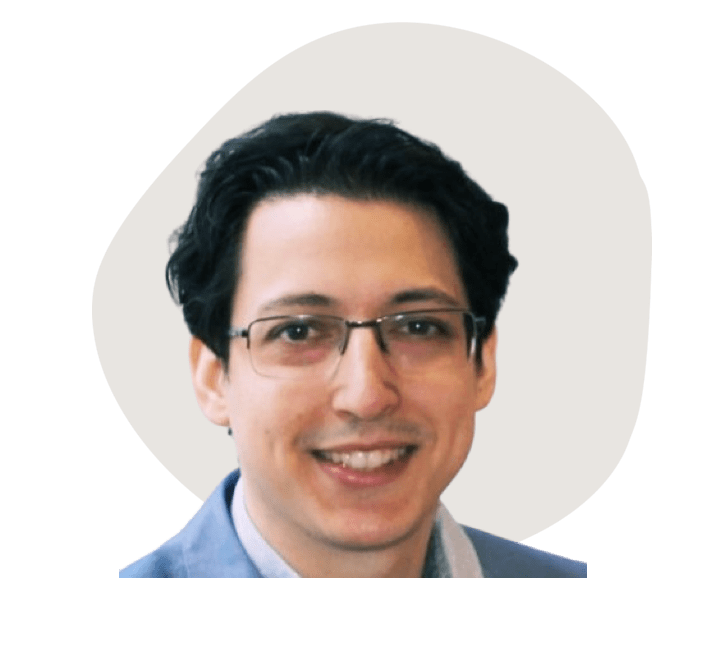 Marios Michailidis is a competitive data scientist at H2O.ai and a Kaggle Grandmaster (ex World #1 out of 500,000 members). He holds a Bsc in accounting Finance from the University of Macedonia in Greece and an Msc in Risk Management from the University of Southampton. He has obtained his PhD in machine learning at University College London (UCL) with a focus on ensemble modelling. He has worked in both marketing and credit sectors in the UK Market and has led many analytics’ projects with various themes including: Acquisition, Retention, Recommenders, Uplift, fraud detection, portfolio optimisation and more. He is the creator of KazAnova, a project made in Java for quick credit scoring as well as the creator of StackNet Meta-Modelling Framework. 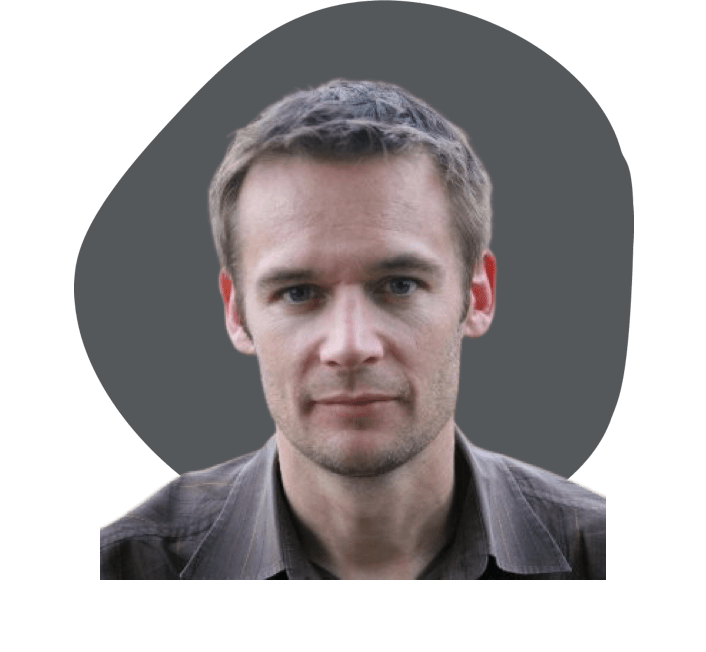 Mark Landry is a competition data scientist and product manager at H2O.ai and Kaggle Grandmaster, ranked as high as 33rd. Mark joined H2O.ai in 2015 and has provided data science support on several H2O.ai products as well as led the data science behind the award-winning applications in collaboration with PwC. Mark's prior experience includes data science, business intelligence, and data warehousing roles within health care, hospitality, and manufacturing companies. 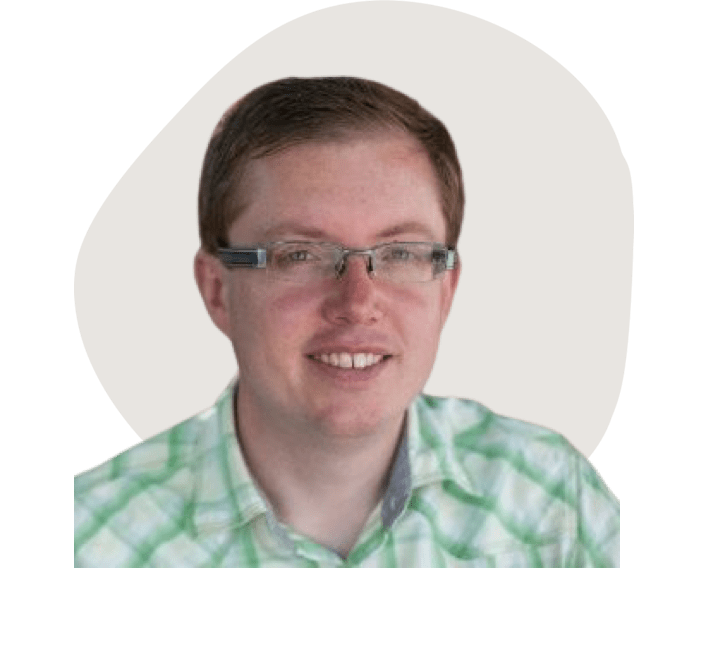 Michal holds a PhD from Charles University in Prague and a postdoctoral degree from Purdue University. During his studies he was interested in the construction of various software systems using model-driven methods and domain-specific languages. He participated in the design and development of various systems including SOFA and Fractal component systems or jPapabench control systems. 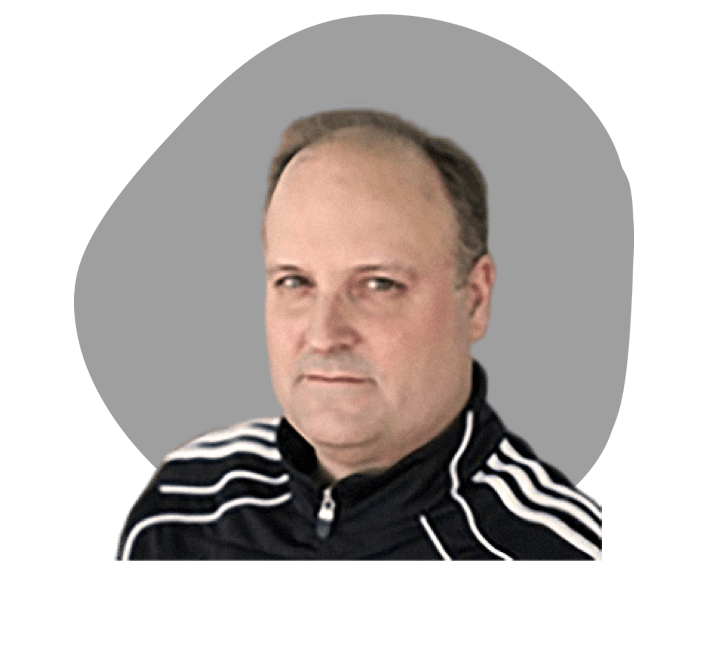 Tom is VP of Customer and Pre-Sales Engineering at H2O.ai. Before joining H2O, Tom was Co-founder & CTO at Luminix, where he and the team developed a cutting-edge offline mobile application for Salesforce users. This involved a healthy blend of focusing on the user-experience along with a deep-dive in various technologies. Prior to Luminix, Tom was a Principal Engineer at Azul Systems, where he worked in both the JVM and System Software teams. Tom served as the technical leader for the distributed management application team, appliance security and tools for distributed debugging. 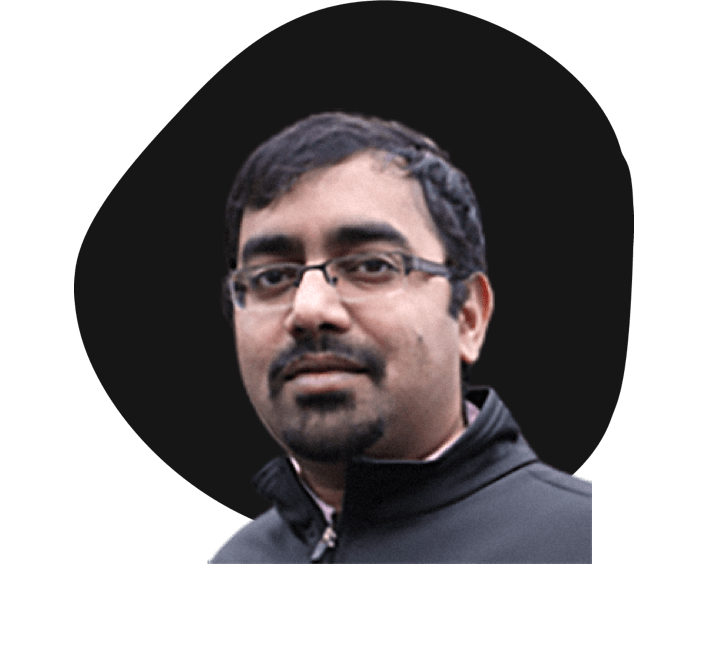 Prithvi has been with H2O.ai since its early days and has been responsible for several products including Driverless AI and Steam (distributed cluster management, model management and deployment for H2O).

Prithvi worked as an early engineer at Platfora, where he was responsible for the high performance interactive data visualization engine. Before that, he founded Plot.io, a browser-based visual analytics environment (acquired by Platfora).

Come join us to change the world in a meaningful way!

Learn how to become part of the H2O.ai partner network.