AT&T Transformed into an AI Company with H2O.ai

Over 80% reduction in fraud

AT&T is a broadband connectivity provider, delivering high-speed fiber and wireless broadband networks and connecting people and businesses across the U.S. They selected H2O.ai as their AI technology platform for transformation.

In 2015, the AT&T data science team was primarily working with open source software, it was a relatively small team of experts, and it took multiple months to deliver an AI project that delivered a strong return on investment. Since deploying their AI-as-a-Service platform in 2021, AT&T’s AI users rapidly increased and AI projects move from idea to impact much faster than before.

AT&T has democratized AI across their organization and their efforts have delivered significant business value. For example they reduced iPhone fraud by over 80% using AI, and iphone fraud is a roughly $1B problem in the US. AT&T moved from open source to AutoML, to an AI-as-a-Service platform to deliver AI projects more quickly and to increase the number of individuals working with and benefiting from AI. Their AI-as-a-Service platform links together on-premises and data cloud providers with the H2O AI Cloud and a set of proprietary AI services to rapidly deliver AI solutions across the organization.

Today AT&T has completed a large number of AI projects across wide variety of business units. 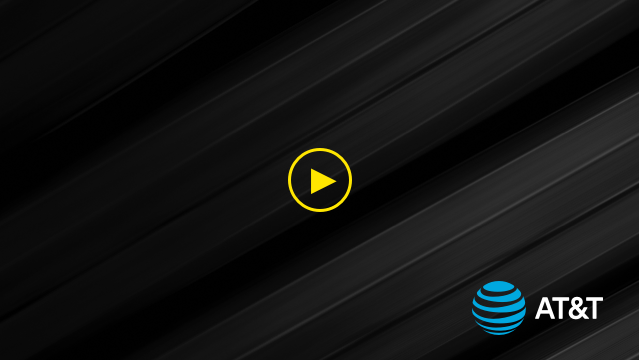 AT&T selected H2O.ai due to its customer obsessed and innovative culture and its state-of-the-art technology.

We’ve built our internal AI-as-a-Service (AIaaS) platform leveraging H2O’s AI Cloud services, and we believe the co-invention and co-development of H2O AI Feature Store is going to be one of the most impactful elements in our platform. With the H2O AI Feature Store, we’re building AI solutions that are much faster, more accurate and robust in a fraction of the time.”

AT&T is using AI to address a broad range of use cases, from marketing and sales to network availability and maintenance. AT&T has large number of models in production, and their pace of deploying production use cases is continuing to increase.

Individuals try to create fake identities to gain access to service and iPhones without paying, or paying very little. In the US Market, iPhone fraud is more than a $1B problem. AT&T used the H2O AI Cloud to move from rules-based systems to AI to fight fraud. Overtime, AT&T added multiple AI fraud models to improve their fraud fighting accuracy, reducing fraud by over 80%.

AT&T operates one of the largest trucking fleets in the country with 7,000 trucks. The trucks are used to service towers and other infrastructure that keeps AT&T’s network available and fast. When trucks break down, not only are there costs to tow and service the vehicle, but they aren’t able to quickly complete their assigned jobs, which impacts the customer experience.

Dead vehicle batteries were the most common problem, so AT&T used H2O.ai technology to build a model that would predict when batteries would fail. One of the interesting findings was that drivers who worked their brakes harder also had batteries that failed more quickly. AT&T determined that if they replaced batteries when they replaced the brakes, they would largely eliminate truck breakdowns.

The change led to improved customer experiences and a savings of $7M per year.

With 7,000 trucks and more than 100,000 technicians performing various services on a daily basis, AT&T had a complex optimization problem on its hands. Different service technicians have different skill sets and work varying distances from needed jobs. Additionally, the types of service requests change on a daily basis. This was a job that was too varied and complex for a rules-based optimization system.

AT&T used H2O.ai to build a set of models that best aligned local skills with local jobs, while minimizing mileage. The AI solution creates better customer experiences by staffing the right technician with the right job, reduces fuel consumption and saves more than $10M per year.

AT&T and H2O.ai data science experts worked on the problem, and Driverless AI, H2O AI Cloud’s AutoML service, also helped, automatically engineering some key features. Some of the key features were based on past rainfall, not just in the last 3 days, but also in the past 8 weeks. Rainfall can take a while to saturate the ground and cause flooding, and looking at different time-segment features really helped to improve the model’s performance.

Together the teams were able to validate that AI could replicate the physics models, which would help to speed up research at Argonne National Laboratories.