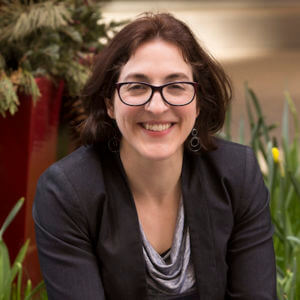 During Open Tour Chicago we conducted a series of interviews with data scientists attending the conference. This is the second of a multipart series recapping our conversations.
Be sure to keep an eye out for updates by checking our website or following us on Twitter @h2oai.

H2O.ai: How did you become a data scientist?
Phillips: Until very close to two months ago I was a computational scientist working at Argonne National Laboratory.
H2O.ai: Okay.
Phillips: I was working in material science, physics, mathematics, etc., but I was getting bored with that and looking for new opportunities, and I got hired by a startup in Chicago.
H2O.ai: Yes.
Phillips: When they hired me they said, “We’re hiring you, and your title is Senior Quantitative Analyst,” but the very first day I showed up, they said, “Scratch that. We’ve changed your title. Your title is now Senior Data Scientist.” And I said, “Yes, all right.” It has senior in it, so I’m okay going with that.
H2O.ai: Nice. I like it.
Phillips: So I’m a mathematician, physicist and computer scientist by training who likes to solve problems with data and algorithms, and so now I’m a data scientist.
H2O.ai: That’s impressive. I don’t know if people have really wrapped their head around what it means to be a data scientist.
Phillips: I will say that one of the reasons why I started looking around for data scientist positions is that I come from an academic research background. I have a PhD in physics and computing, and a lot of my peers who have a very, very similar background to me – we did research together, we wrote papers together – became frustrated with academic research for various reasons. Many of them said, “Well, rats. I have a skill set that’s valuable,” and they’ve become data scientists. They work at places like Airbnb, they work at consulting firms, they work at startups. Each one of us has reached that point where we’ve said, “I’m frustrated with being an academic researcher.” I saw the direction that many of my peers had gone in saying, “I have a good skill set and it is valuable, and the place right now where that is being valued is in this area called data science, and I shall go into it,” and I said, “That’s a good idea. I’ll do that too.” There you go. That’s my story.
H2O.ai: Wow, that’s really cool, yeah. I mean, I’m finding that the more people I talk to the greater number of paths towards becoming a data scientist I find. So what’s your biggest pain point as a data scientist?
Phillips: Data preparation. We want to get more data from our companies, and theoretically all this data is being generated by the same software everywhere. But different companies configure that software differently, and it’s a lot of work to make sure all the data you get is formatted in the same way.
H2O.ai: Yes, I see.
Phillips: Everything I do has to have meaning. For example, I built this beautiful algorithm and I love it, and I applied it to the data, and we found this result in the data, and we said, “What is that? Look at that. Oh, my goodness, what is that? What is that? That’s crazy. That’s terrible, you know, we have to get right on that.”
H2O.ai: Yes.
Phillips: And I thought, well, before we get too excited, let me dig down to the original raw data that generated this. Dig, dig, dig, dig, dig. Oh, we assumed that data would always come in this format, and this data came in that format, and at the end of the day it looked like something it wasn’t, so I feel like that’s actually the big challenge.
H2O.ai: Oh, very interesting. Do you have methods of making your data more uniform?
Phillips: Well, I’m not responsible for that directly, but no. Every time we get in a new source of data it’s going to be this painful process of normalizing it so that it looks as much as possible like the other sources of data.
H2O.ai: Thank you so much, Carolyn. That was really helpful information. It was a pleasure meeting you.
Phillips: You too.